Pavel Vondráček at final rehearsal before the concert | Image: Klaviatura.cz

Those, who on February 29 decided to visit the charity concert tagged as „Live together“ in Kolín theatre, althouth the weather was not very peaceful, certainly didn’t regret at all.

The annual charity concert, this year organised for the third time in the much bigger auditorium, was meant to help the physically and mentally handicaped clients of Protected house in the Castle (originally Chráněný domov Na Hrádku), had a superb initiation.

Young and talented Czech pianist, a composer New Age piano music and at the time very enthusiastic student of grammar Open Gate School (offering an IB Programme) Pavel Vondráček performed as the first artist of the evening and managed to do the excellent work and with dignity opened the whole concert, which was also a place of famous Czech artists such as Michal David, Marcela Březinová, imitator and anchor Petr Martiňák and others.

For his performance Pavel Vondráček chose three of his attractive popular piano pieces, which were also performed and recorded for his already released debut album ‚Lost in the Wind‘.

Even during performance of the first track, „Homecoming“ originally written by Jon Schmidt and reworked by Vondráček, it was clear to all visitors that Pavel Vondráček is a skillful pianist, brilliantly handling his instrument. For his really high level of tune quality and his performance full of joy and enthusiasm Vondráček managed to get the auditorium’s attention.

The „full“ theatre could see also another very favourite piano piece, ‚All of Me‘ originally written, again, by Jon Schmidt. The track started with another portion of colourful play with a brilliant technique, the poetic sections were delicately articulated, and the part, where the whole arm becomes a „hand“ of pianist was the first (of course positive) shock of auditors in the hall.

Dramaturgically well organised, Pavel Vondráček finished his performance playing very favourite not only piano piece ‚He’s a Pirate‘, a theme from Pirates of the Caribbean. With the maximum concentration Vondráček offered everything the succesful interpretation should have, in the lyrical parts the sensitivity and delicacy, in the dramatic parts, on the contrary, the stormy and full sound. He also perfectly managed to play greatly difficult and fast jumps across the keyboard, which is a mark of a very skillful pianist.

He did an excellent job during his whole performance, managed to play in front of more than half thousand people and admirably managed to initiate the whole ‚star‘ evening, deserving the warm and cheerful applause. 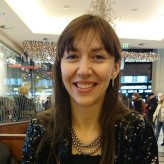 One of the hardest piano pieces, Johann Sebastian Bach’s Goldberg …

Those, who on February 29 decided to visit the charity concert tagged as…